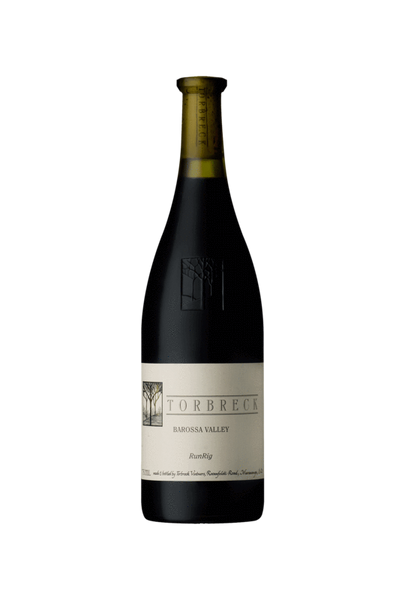 The RunRig has often drawn comparison with the beautifully fragrant & tautly structured wines produced from the steep slopes of the Northern Rhône Valley’s Appellation of Côte Rôtie.

2010 proved to be an impressive follow up to the stunning 2009 vintage for Torbreck, with the polarity of the vintages flaunted by the 09 and 10 RunRig’s. Where 2009 displayed high tone aromatics and purity of fruit the 2010 wines showcase darker, brooding characteristics and have great depth, power and structure. The wines have developed unhurriedly in barrel and have emerged still cloaking their true potential. The 2010 RunRig has beguiling presence and flow, is tightly structured and will probably outlive the 2009. We have returned to the small addition of Viognier for this release and it enlivens and completes the wine.

The delightful aromatics are released as soon as the wine is de-corked, with layers of raspberries, apricots and crème de cassis cloaking subtle hints of black olive and cherry. A dark, rich and concentrated palate flows from black fruits into brooding anise and dark chocolate and is bound by tight, grainy tannin. This wine possesses a multitude of different facets and nuances that will constantly change and evolve.

Although extremely intense, the wines power is cloaked within its balance and concentration, surging forth as an expansive sensation- the way only the greatest wines can.

The 2010 RunRig will greatly reward those with patience.

The Highland clans used a "RunRig" system to distribute land amongst their clansmen in a series of widely dispersed holdings.

The emphasis not on any one farm, but rather

the communal element of the whole.

Shiraz from old dry grown vineyards is blended with viognier, complementing the strengths and complexities of these individual parcels of fruit, whilst giving the resulting wine a further dimension.’

Each of the eight parcels of fruit were gently de-stemmed into both wooden & concrete open top fermenters where they were carefully nurtured for 6-7 days on skins. After basket pressing the wine was run directly into both new and old French barriques where they spent 30 months with one racking.